Having a strong emotional intelligence is crucial in the job search. A CareerBuilder study of more than 2,600 hiring managers and HR professionals showed that over two-thirds—71%—value EI even more than IQ in employees.  I had the opportunity to meet Justin Bariso, world-renown EQ expert and workforce consultant, for a virtual coffee and conversation.

Justin is the author of “EQ Applied: The Real-World Guide to Emotional Intelligence,” which uses fascinating research, modern examples, and personal stories to illustrate what this quality looks like in the real world. He’s also been featured in Forbes, Business Insider, TIME and is one of the most popular regular columnists on Inc. Justin is also a really nice guy who regularly pushes out excellent content (if you aren’t following him, you should be!).

Sarah: Emotional intelligence (also known as ‘emotional quotient’, or EQ) was ranked sixth in the World Economic Forum’s list of the top 10 skills that employees will need to possess to thrive in the workplace of the future. What is it—and is “EQ” just another management buzz word?

Justin: Emotional intelligence is a person’s ability to identify, understand, and manage emotions—both their own and those of others. But I like to distill it in even simpler terms: It’s making emotions work for you, instead of against you.

Some view emotional intelligence as a buzz word because it’s rapidly increased in popularity over the past few years—partially due to a rising crop of millennials and younger workers who weren’t familiar with the concept. But the idea has actually been around for centuries—and it’s been studied scientifically for decades.

Sarah: A recent survey of more than 2,600 hiring managers and human resource professionals, 71% stated they valued emotional intelligence in an employee over IQ. In this competitive job market, why is this a valued skill?

Justin: Employers value EQ in their people not only because it makes them more effective at their jobs, but also because it helps them work better in a team.

Sarah: It has been said that the key to a successful interview confident humility. What does this mean—and how can a job seeker effectively demonstrate these qualities?

Justin: Well, obviously companies want to hire the best talent—and it takes a level of confidence to convey talent in the interview setting.

But here’s the thing: A great team can accomplish much more than a single person, no matter how talented. Most of us are familiar with the term “brilliant jerks.” Well, a single brilliant jerk can totally ruin a potentially high-performing team.

“Confident humility” is a tough quality to develop, for anyone. But it’s possible when you know what you do well, and show a desire to learn from others. It also helps to know where your weak points and vulnerabilities are, and not be afraid to show these—along with what you’re doing to improve them.

Sarah: You’ve written about the power of “pause” and have described it as one of the most important tools in our “toolbox”. Why is pause important for job seekers when processing the inevitable rejection that occurs during a job search?

Justin: There’s no denying the pain that comes when you don’t get a job that you really wanted, especially once that happens repeatedly. The resulting emotions of anger, frustration, and disappointment can cause us to make rash and regrettable decisions—like settling for a job that we know we’ll hate, even if we don’t have to.

The pause, which involves recognizing you’re in that emotional state and then taking time before you make a decision, is invaluable because your whole outlook can change after a good night’s sleep, or even after simply changing your surroundings.

Remember: Never make a permanent decision based on a temporary emotion.

Sarah: One common mistake I see job seekers make in interviews is that they shy away from talking about conflict or challenges. Why is this a mistake? How can job seekers leverage conflict and challenges effectively in behavioral interviews?

Justin: It’s a mistake because challenges are unavoidable. Interviewers want to know specifically how you’re going to handle conflict when it arrives.

Of course, learning to deal with conflict effectively is a learned skill, and it takes lots of practice. I share some specific ways to do this in my book. One is by using tactful questions to show empathy to others.

Your first goal isn’t to judge the person or even to solve the problem—it’s better to understand the person and their problem. Most problems are complex, and there’s much more than meets the eye upon first glance. Solving such problems comes in time…but if the person feels you’ve made an effort to understand them, they’ll be more willing to hear what you have to say.

Sarah: Job interviews are two-way streets. How can savvy job seekers assess if their future boss has a high EQ? Do you have any revealing questions that job seekers should ask in an interview?

Justin: Few candidates will get the chance to actually meet the boss in an interview setting; but if you do, pay attention to how they speak about themselves and their team. Do they draw attention to themselves, their education, their accomplishments? Or do they focus on praising their people or the team as a whole?

Here are some questions that could help you get important information about your company and its leaders:

Pay attention not only to what they say, but how they say it. A lack of confidence or struggle to answer may speak volumes about the company’s culture.

Sarah: In your book, EQ Applied, you talk about the power of personal touch when building bridges and relationships. What are some ways that job seekers can add their personal touch during the search process?

Justin: With the ease of electronic communication, it’s easy for candidates to get lazy. But that’s a great opportunity for you to do the opposite.

For example, take time to write a handwritten note after the interview. Tell the interviewer something positive that you learned about the company during the interview process. If you can think of one question you wish you had answered differently, or something else notable from the interview, mention it in the note.

You could say something like: “I’ve been giving some thought to [the question you asked / that point you mentioned / etc.] and I wanted to share something: …”

By doing this, you accomplish a lot. You make yourself stick out more to the interviewer. You show the job and company are important to you. And you get the chance to express yourself after extended thought—something most candidates never get to do.

Sarah: What is the best career advice that you ever received? Did you take it (I am asking everyone this question)

Justin: That’s a great question. One that has stuck in my mind over the years is this: “Learn how to make your boss’s job easier.”

I did take it—and it helped me immensely through the years to understand my team leads and their challenges. Just as important, it made my life a lot easier once I was leading the team—because it helped me to train direct reports to make my life easier!

Want to learn more about Justin’s work? You can buy his book on Amazon, visit his articlesor schedule him to speak at your corporate meeting.

Our mission is to help our clients land the best possible opportunities through strategic marketing documents, thoughtful career planning and targeted messaging that presents the best version of themselves. As a company, we strive to always be learning, produce superior documents and provide the best possible client experience.

Develop a plan that will take you from a re-active to a proactive job search.

Practice your interview to give you an invaluable edge and a confidence boost.

The Future of Work is Here™

We are on a mission to help job seekers prepare for the future of work. 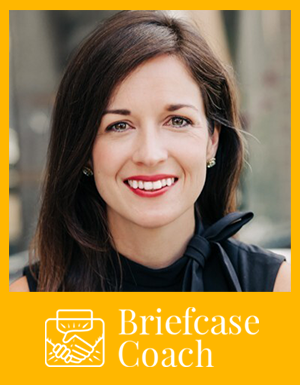 Free Job Search Gold Sign up for our once a month hand-curated newsletter. No spam promise!